Tantra has little to do with sex at all. In my twin flame relationship, this is the first time I have experienced tantra. Tantra is about unconditional love, energetic connection through Source or Divine energy, and spiritual ascension through sacred sexuality.

People confuse tantra with sex, because it is expressed through sacred sexuality. As I experience my relationship with my twin flame, I begin to understand that tantra is about deep unconditional love for another.

Sexual intercourse is a mere sex act. Through Tantra, we experience heightened sexuality and sensuality without the goal of orgasm, but we focus on the pleasure and connection through this deep unconditional love with our partner.

It is truly sacred, and the sexuality between twin flames is the true extension of unconditional and deep love for our twin. My experience is that we transcend physical and worldly sexual intercourse for a deep and spiritual connection with another being. (Awakening Journey Copyright 2017 with all rights reserved)

My twin flame and I are working through the ascension process.  It has been very difficult as our emotional issues intertwine.  I recently began taking jazz piano lessons since I have been playing classical piano since the age of eight.  Initially, I didn’t really understand why I am taking lessons now, and recently, I  realized it is because I need to work through my fear of unworthiness.

When I was a child, my parent enrolled me in piano lessons, recitals, and piano competitions from the age of eight. I constantly was criticized for making mistakes, and being judged by parents and others.  I never felt good enough about my classical piano playing. Jazz piano is very different, in that it is free form.  Except for the rhythm and timing that must be spot on, there are no wrong notes to play.

As I journey through my jazz piano studies, I am learning to let go of all my fears, angst, and anxiety from childhood.  I work on these issues every time I sit down to play, as it is a moving meditation with Emotional Release Practice.  With hard work, I know I will overcome these fears within me.

At the same time, my twin is working through his fears of rejection and unworthiness.  Last night, I had to identify his issues involving his anger and rage within toward his father.  He is aware of these issues, but have not been working on them recently.  I saw his hardness and hurt within, and shared this with him.  It was a very difficult conversation, because I had to tell someone I love his deepest wounds and resulting behaviors.

With courage, he has stepped up to the plate and hopefully, he will persevere through these challenges.  If he fails to move forward, I explained that our union will falter, and he will fall into this deep darkness alone.  I have fallen myself into this deep darkness full of demons and karma, and vowed never to return there again. I am full of hope for my twin that he will overcome his demons, and heal this darkness.  (Copyright 2017 Awakening Journey with All Rights Reserved) 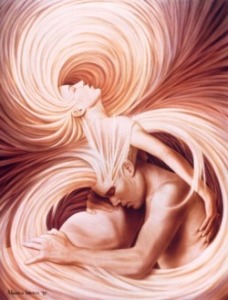 During this phase of my spiritual journey, I am relearning love. In my family of origin, I associated love with abuse, violence, narcissism, and fear. The lessons I learned in the past five years taught me that love does not involve yearning, clinging, cravings, insecurity, possession, or jealousy. I have come to realize that I have never truly loved anyone and have never truly been loved by anyone.

Love, particular romantic love, feels very different for me than from my past. I realize now that love is peaceful and safe. It is not only the intensity of sexual attraction  which I believe is temporary. Love feels very different for me now, because the yearning, craving, insecurity, and fear no longer exist in my relationships. Even my friendships, feel different than in my past because they involve mutual respect of our needs and boundaries.

As I progressed in my spiritual journey, I am relearning and experiencing my world completely differently. Sometimes, it feels like I am living another life as someone else. As I experienced my world now, my higher self is telling me that this is real love and that my life has changed forever. ( copyright 2017 Awakening Journey with all rights reserved.) 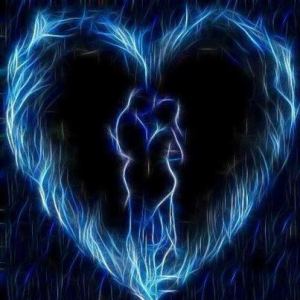 You are the warm wind,

Blowing through the desert.

When my heart feels lost,

You are there to comfort me.

The moments of my journey,

Can feel solitary and quiet,

But I know you are there,

In the energetic current,

This is where my journey has lead me,

Ever flowing as one,

In the harmony of love.

Yesterday was Valentine’s Day, and it is appropriate to share my thoughts about love.  Love is the most difficult emotion to achieve, and reflect in our behaviors and actions.  We can say “I love you” a thousand times to our loved ones, but it is the showing of patience, kindness, compassion, protection, and trust that truly shows that we love them.  Otherwise, “I love you” are merely words.

Words are nice, but they are empty and worth little to our loved ones.  The spiritual community preaches love to everyone, but I see more words than actions.  It is these actions that truly prove that our love are not only words. I now am practicing these actions in my life with my loved ones.  (Copyright 2015 Living Wide Awake with All Rights Reserved) 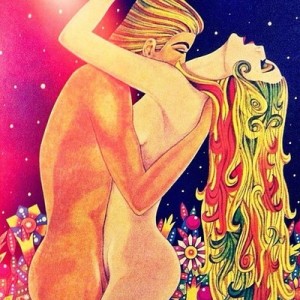 Why You Shouldn’t Believe in Soul Mates: The pros and cons of believing in romantic destiny.

Do you believe in soul mates? Do you hold the idea that there is one person (or just a few), who is uniquely compatible with you? Do you feel that the right relationship should “just work out”, with both of you loving each other easily as you are?

If so, you are definitely not alone. In fact, according to a January 2011 Marist poll, 73% of Americans believe that they are destined to find their one, true, soul mate. The percentage is a bit higher for men (74%) than women (71%). The notion is also higher among younger individuals, with 79% of those under 45 believing in soul mates (as opposed to 69% of those over 45).

Clearly, the belief in soul mates is pervasive. The majority of people hold tight to the idea of romantic destiny. The question remains, however, whether the belief ends up working out. Do people who look for a soul mate find them? Do soul mates live “happily ever after” more often?

Fortunately, research has the answer…

Research on Soul Mates and Belief in Romantic Destiny

People who believe in romantic destiny (soul mates) primarily look for positive emotional reactions and initial compatibility with a partner. They believe people either “click” and are meant to be, or they don’t and should move on. As a result, those beliefs tend drive soul mate searchers to be intensely passionate and satisfied with partners at first, particularly while things are compatible. However, when problems inevitably arise, believers in soul mates often don’t cope well and leave the relationship instead. In other words, a belief that soul mates should be ideally compatible motivates individuals to just give up when a relationship isn’t perfect. They simply look elsewhere for their “true” match. As a result, their relationships tend to be intense but short, often with a higher number of quick romances and one-night stands.

People who believe in romantic growth (cultivation) primarily look for someone who will work and grow with them, resolving conflicts as they arise. They believe that relationships can evolve with hard work and compromise, even in difficult situations. As a result, they tend to be less passionate and satisfied with partners at first. A romantic growth individual doesn’t have the same intense, euphoric response to partner connections. However, when problems arise, they are motivated to solve them and stay committed to their partner. As a result, their relationships tend to be longer and more satisfying over time. Rather than rejecting a partner for minor disagreements, they work together, evolve, and grow a satisfying relationship.

Subsequent research supports these differences. Particularly, those who believe in soul mates tend to be less committed to a partner, particularly when there are relationship difficulties (Knee, Patrick, Vietor, & Neighbors, 2004). Also, soul mate believers are often more anxious in relationships and less likely to forgive romantic partners (Finkel, Burnette, & Scissors,2007). Overall, when the going gets tough with a partner, or requires work, soul mates tend to quit and look for the next “perfect” match.

Given the research, if an individual wants intensely-passionate, short-term flings, then belief in soul mates will serve them well. Finding those initial commonalities and connections will feel like magic. It will be an excellent emotional high, at least while the illusion of perfection lasts.

In all relationships, however, disagreement, conflict, and incompatibility will arise. Ultimately, no one is perfect – or a perfect fit for a partner. It takes work, growth, and change to keep a relationship going and satisfying over time. When that happens, soul mate believers often become upset, disillusioned, and uncommitted.

Therefore, if an individual finds they are repeatedly falling in love with the “perfect” partner, only to be disappointed and dumping them soon after, their belief in soul mates may be to blame. It may cause them to give up when things are not perfect (but may be still good or great). It may motivate them to not compromise, work, or change, when others don’t love them completely for being exactly as they are. Ultimately, it may continually drive them to believe that life would be more satisfying with someone else and endlessly look for a more compatible partner, rather than working to fit with, and be satisfied by, a very good one.

In the end, it is a bit of a cruel joke. A belief in soul mates may prevent individuals from finding the very relationships they think they are destined to have!

Overall, the message is clear, looking for perfect compatibility and a soul mate kills motivation to work at successful relationships with good partners. In the long run, adopting a belief in romantic growth and cultivation is much more rewarding, especially for those interested in long-term relationships. However, compared to soul mates, a belief in growth does take more work, effort, and a desire to change. So, to truly have a satisfying relationship, an individual must not only give up the search for a “perfect” partner, but also be willing to admit they are not always “perfect just as they are” as well. Only then can two people work together, grow, evolve, and meet each other’s needs in the long run.

Go to www.AttractionDoctor.com for more dating and relationship advice (in helpful categories)!

Until next time…happy dating and relating!

I am free to drift,

Wherever the winds take me.

My mind is quiet,

And heart is peaceful.

Gentle is the wind against my face,

With my mind sailing through calm seas,

When divine bliss is all I feel,

For serenity is a place in my mind,

Where only I have entrance,

To find the divine feminine within. ~ Brooke 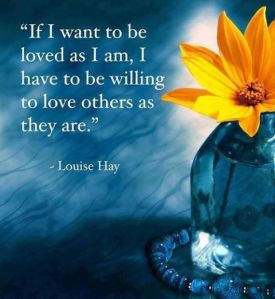 Hi, I'm Brooke who will be taking you on a journey of spiritual awakening. I experienced a spiritual awakening in March 2011 when my consciousness was awakened, inspired, and transformed forever. I will serve as your guide on this journey, and hope you will join me!

Join 1,151 other subscribers
Follow Journey of Awakening on WordPress.com

Copyright 2022 Journey of Awakening with All Rights Reserved for all writings, photographs, and recordings on this blog